For Arthur 4222/E1 we have chosen to implement the Purifi Eigentakt technology. Purifi is the first company to have managed to build a mathematically exact model for self-oscillating amplifiers. This innovation enables a complete optimization of the amplification circuits improving the performance by an order of magnitude over existing implementations.

Arthur 4222/E1 input buffer board was designed in-house. The target was to ensure that the amplifier performance would be excellent for both XLR and RCA inputs, the later one being internally called "the pineapple pizza of the audio connectors" due to the disputable effects it has on the audio signal.
The first stage filters out of the signal the disturbances caused by the wireless networks surrounding us. The common mode impedance degradation caused by the filter is cancelled by an elegant bootstrapping technique.
Then two ultra low noise OPA1612 form a differential receiver, also used as gain stage. The same bootstrapping technique as previously is used to dramatically improve the common mode rejection of the stage.
Finally an OPA1632 removes the common mode from the signal in order to supply a perfectly clean signal to the Purifi 1ET7040SA amplifier module.

Plug your audio source (with volume control), your speakers, the mains cable, switch on the mains, and forget your amplifier. The automatic on/off function detects the presence of sound at the input and automatically powers on the amplifier. After 10 minutes without sound at the input, the amplifier sets itself in standby, allowing an ultra low power consumption when not in use.
If you are equipped with electronics featuring a trigger function, 12V trigger in and out connectors are also available.

Arthur 4222/E1 was designed and is assembled at Schifflange, Luxembourg, at the heart of Europe. 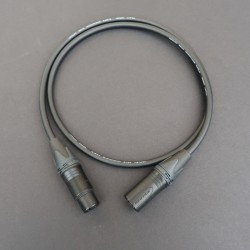 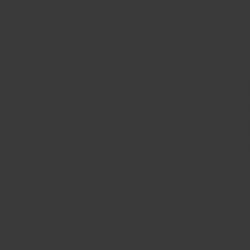 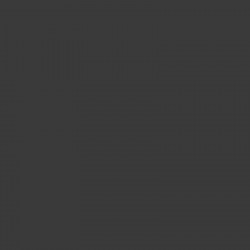 3 other products in the same category: 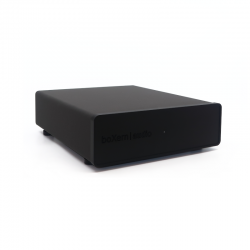 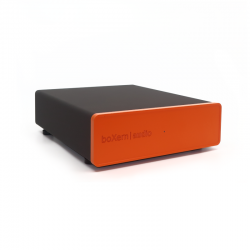 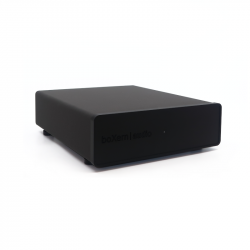